The Signing Ceremony of International Centre for Theoretical Physics Asia-Pacific (ICTP-AP) was held in Beijing Diaoyutai State Guesthouse on May 13, 2017.

Prof. Chun-Li Bai, President of the CAS, and Ms Irina Bokova, Director-General of the United Nations Educational, Scientific and Cultural Organization (UNESCO), signed the Agreement regarding the Establishment of ICTP-AP as a Category 2 Centre under the auspices of UNESCO in Beijing, on behalf of the Chinese Government and the UNESCO respectively.

Ms Irina Bokova was invited by the Chinese government to take part in the “Belt and Road Forum for International Cooperation“. Chun-Li Bai thank her to take time to attend the signing ceremony in a very tight schedule. Chun-Li Bai briefly introduced the Chinese Academy of Sciences (CAS), University of Chinese Academy of Sciences (UCAS) and CAS achievements in scientific and technological support for “the Belt and Road initiative”. Chun-Li Bai mentioned, more than 400 young students from developing countries came to UCAS to study for a degree by CAS-TWAS scholarship. Chun-Li Bai said CAS would fully support the establishment and development of ICTP-AP.

Ms Irina Bokova said, she just finished some activities organized by the Chinese government and discussed the big cooperative plan with China after she arrived in Beijing. She believes, the establishment of ICTP-AP will be an important project and it will be a good opportunity to promote scientific development and South-South cooperation because basic science is one of the inalienable parts for the United Nations 2030 development plan and sustainable development goals.

ICTP-AP proposal was submitted by CAS, and adopted by 38th General Conference of UNESCO. ICTP-AP will be planed to co-construct by CAS, NSFC and ICTP (UNESCO Category 1, Italy). It will be the first centre (UNESCO Category 2) in basic science in China, and also the second centre co-constructed by CAS and UNESCO. ICTP-AP will be set up in UCAS campus. Under the auspices of UNESCO, ICTP-AP will provide opportunities for advanced education, training and research in basic science such as frontiers of theoretical physics and the relevant interdisciplinary areas for scientists from Asia-Pacific region and other countries. ICTP-AP will develop outreach activities in cooperation with national and international institutions, providing an international forum and enhancing collaborative networks among scientists from different countries in and out of the region. ICTP-AP will develop and coordinate research-education-oriented advanced studies in theoretical physics and related interdisciplinary areas; ICTP-AP will aim to be a world-class research centre, training base for talents with global eye sights and international academic exchange centre. 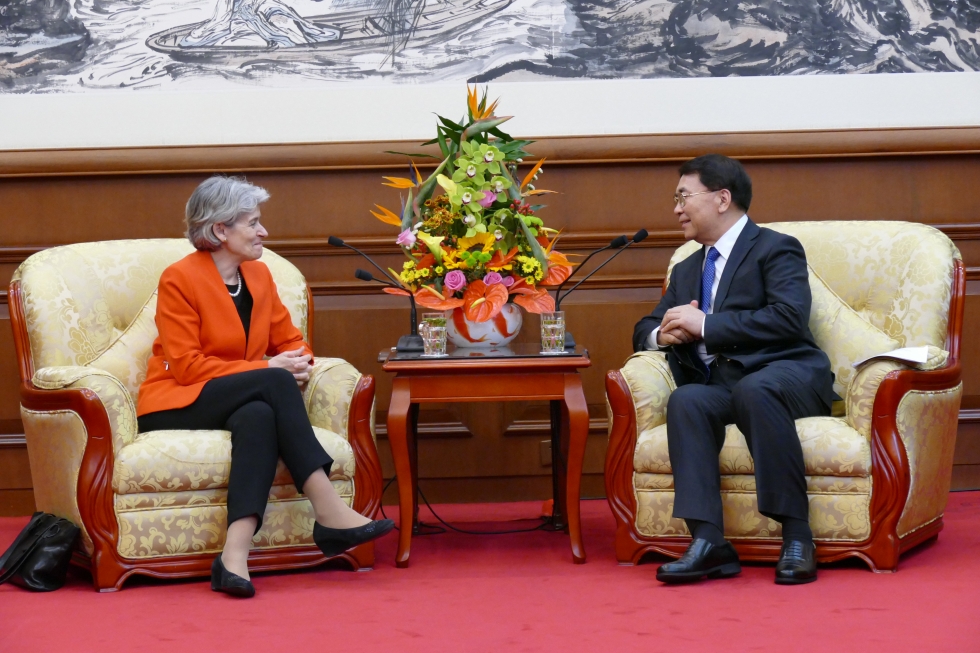