The International Centre for Theoretical Physics Asia-Pacific (ICTP-AP) operates in affiliation to the University of Chinese Academy of Sciences (UCAS), it is under the auspices of UNESCO in cooperation with the Chinese Academy of Sciences (CAS), the National Science Foundation China (NSFC) and the Abdus Salam International Centre for Theoretical Physics (ICTP, Trieste).

As China’s first UNESCO category 2 Centre in the area of basic science, ICTP-AP is a non-profit organization and will carry out high-level scientific research, education and training in basic science such as frontiers of theoretical physics and the relevant interdisciplinary areas. 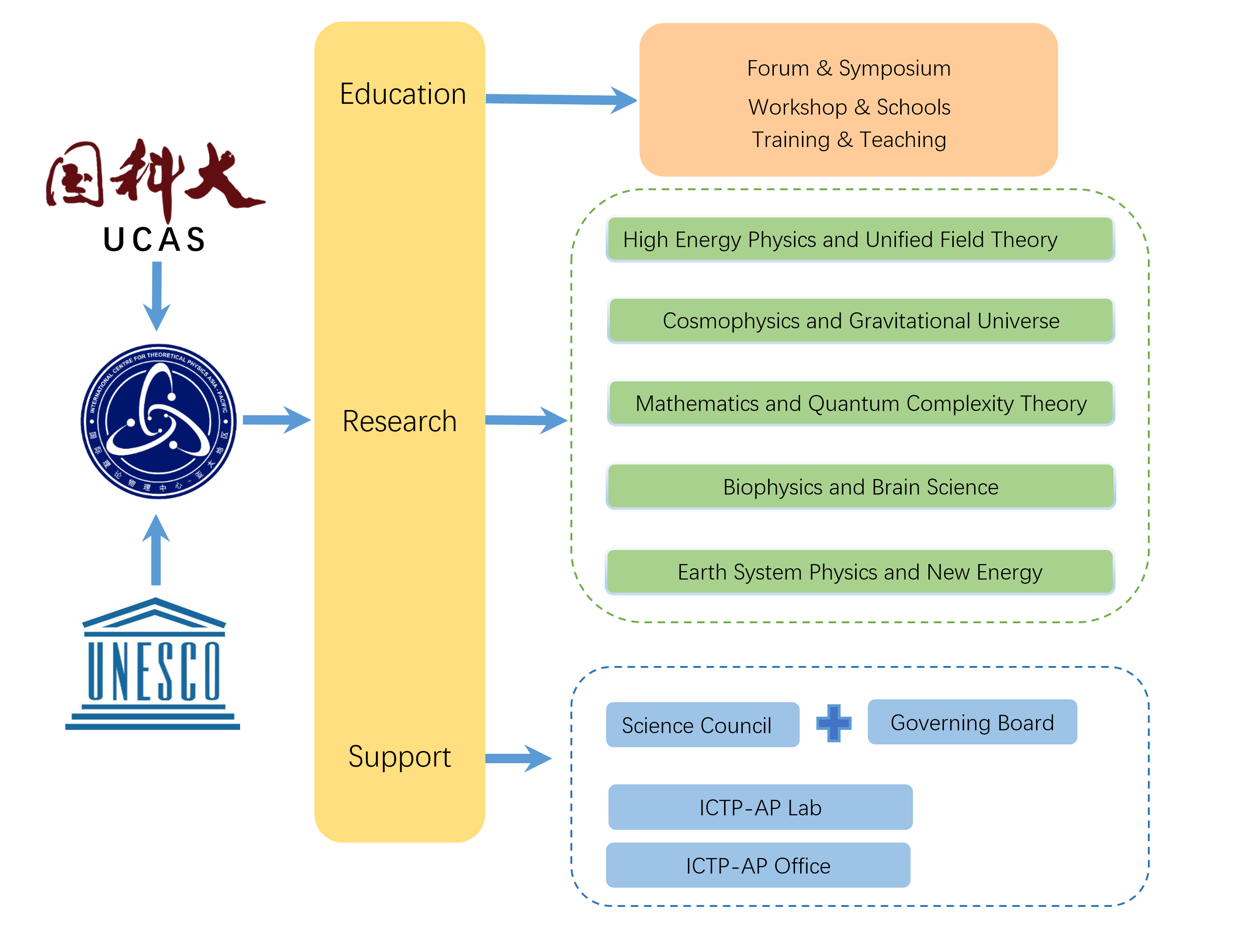