The early morning of August 31st witnessed the successful launching of a satellite for experiments under microgravity from Jiuquan Satellite Launching Center in northwestern China. Later named “Taiji-1”, this satellite marks the first under the Phase-II of the Strategic Priority Program on Space Science (SPPSS-II) sponsored by the Chinese Academy of Sciences (CAS). As confirmed by the National Space Science Center (NSSC), CAS in late September, the experiments aboard are so far in smooth operation, and the satellite in proper status with all test results reported normal. 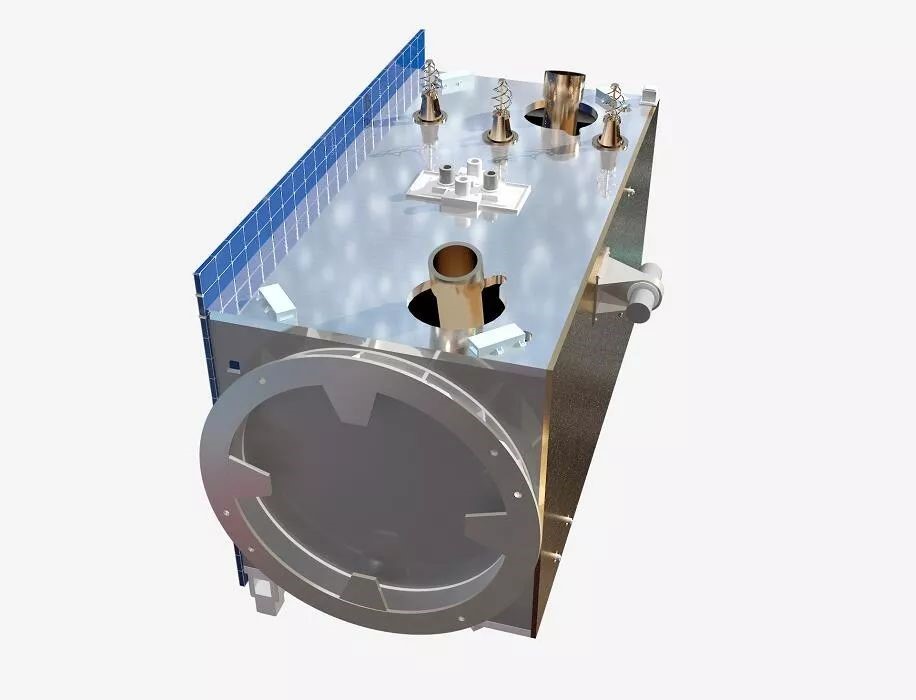 Model of Taiji-1, the first experiment satellite for space detection of gravitational waves.

This announces the successful completion of the first stage of in-orbit tests and starts a journey to detect gravitational waves (GW) from space.

Taiji-1, the first experiment satellite for space detection of gravitational waves (GW), got its name from Taiji Program, a space mission proposed by CAS to detect GWs when orbiting the Sun accompanying the Earth. Comprising of three satellites, it is designed to form an equilateral triangle flying 18 to 22 degrees ahead of the Earth, with each side spanning a distance of 3.0 million km.

Scheduled to fly in around 2033, the conception of the mission can be traced back to 2008, when the Academy took the lead in China to explore the feasibility to detect gravitational waves from space. The following years saw it develop into a three-stage layout and roadmap, with its first stage featuring one satellite as a pathfinder, followed by a double-star and a trio-star stage. In August 2018, the single-star project for Taiji Program was officially adopted by SPPSS-II, taking the first step toward implementing the program.

It took the satellite development team, consisting of experts from the CAS Innovation Academy for Microsatellites, only one year to develop and build the satellite.

As indicated by the first results from the in-orbit tests and data analysis of Taiji-1, the interferometer aboard has achieved a measuring precision of hundred picometer level, making it able to discern a distance as small as the diameter of an atom. Besides, the gravitational reference sensor aboard is now able to detect fluctuations in Earth gravity as trivial as trillionths of the gravitational acceleration; and the resolution of its micro-thruster can tune its impulses less than one µN a time. The success lays a firm foundation for future detection of GWs in space.

The GW is a type of matter wave originated from radical motion and change in mass and energy. As early as about 100 years ago, Albert Einstein predicted its existence based on his theory of general gravity. Not until 2015, however, did humankind first directly detect this space-time oscillation from Earth ground – LIGO (Laser Interferometer Gravitational-wave Observatory) eventually succeeded in picking up the weak, vague signals from the merger of binary black holes, after decades of efforts. Since then, human beings not only can “see” the cosmos via electromagnetic waves, but also “hear” its voices by virtue of GWs – this revolutionary experiment has invited one more “messenger” to tell the story of the cosmos.

GWs of different frequencies give clues about various astrophysical processes occurring in different stages of cosmic evolution. The GWs detected from space fall in the mid- and low-frequency bands of the spectrum. Such space-time ripples are set off by more massive celestials compared to those of higher frequencies as detectable from the Earth ground. Free from the complexity of noise on the ground, space-based GW detectors might be able to capture weaker signals and find out more distant sources of them. This will help us reveal much enriched astrophysical phenomena and better understand how our universe works.

Signals of GWs are extremely weak, however. This poses a great challenge on space detection of them and pushes it to the limits of existing human technologies for precise measurement and control. Taiji-1 has meant to test the feasibility of existing key technologies and verify their in-orbit implementation.

Under the framework of SPPSS-II, CAS plans to fly a series of missions for various science goals, including the Gravitational Wave Electromagnetic Counterpart All-sky Monitor (GECAM), the Advanced Space-borne Solar Observatory (ASO-S), the Einstein Probe (EP) and the Solar wind Magnetosphere Ionosphere Link Explorer (SMILE), to detect electromagnetic signals from GW sources, black holes, fluctuations in solar activities, aimed at understanding the mechanisms underlying solar activities and the origin and evolution of the universe. All the above missions are to be launched by 2023.

This article is reproduced only for the purpose of disseminating information, which does not mean that it represents the opinions of this website or confirms the authenticity of its content. If the author does not want to be reproduced please contact us.