Taiji-1 Satellite Released the Scientific Achievements of the First Stage

Taiji-1 satellite was officially delivered to UCAS in orbit in January 2020. The results of the first-stage in-orbit test and data analysis show that the Taiji-1 has achieved the highest precision of space laser interferometry in China. The accuracy of displacement measurement of the laser interferometer on Taiji-1 reached 100pm/Hz1/2, 25 pm/Hz1/2 in some frequency bands. The accuracy of the gravitational reference sensor on the satellite reached 10-10ms-2/Hz1/2, and the sensing accuracy and range ratio reaches the best level of 2×10-6/Hz1/2 in China. For the first time in the world, the on-orbit verification of the micro-thruster radio-frequency(RF) ion and dual-mode Hall electric propulsion technology has been realized. The micro-propulsion system achieves 0.15μN/Hz1/2 noise level, and the thrust measurement accuracy is better than 0.02μN/Hz1/2. The first on-orbit experiment of drag-free control of satellite was carried out in China, and the residual acceleration is better than 10-8ms-2/Hz1/2. The temperature control of the satellite platform reaches ± 2.6mk.

Meanwhile, International Journal of Modern Physics A of the World Scientific Press has published more detailed experimental results of Taiji-1 in the form of an album, including 26 papers, from more than 180 researchers, more than 30 cooperative units (read more). This album covers the interferometer system, gravity reference sensor, micro-thruster system, drag-free control, ultra-stable and ultra-static satellite technology, and introduces the data processing process of Taiji-1 in detail. 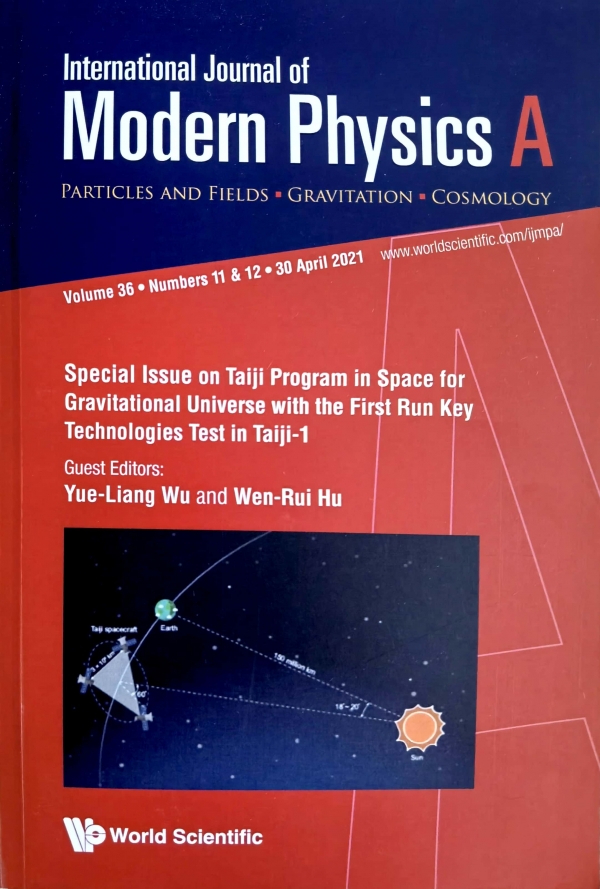 In addition, the Taiji team has made great progress in the research of the scientific target of gravitational wave detection in space. For the first time in the world, the Taiji team proposed to use "Taiji-LISA" for networked observation, published in Nature Astronomy, which is expected to improve the accuracy of The Hubble constant to five parts per thousand (read more). The networked observations will allow faster and more accurate positioning of gravitational wave sources and are expected to improve accuracy by up to four orders of magnitude.

Taiji-1 was launched from the Jiuquan Satellite Launch Center on 31 August 2019, and it was China’s first satellite to conduct in-orbit experiments on the key technologies related to space-borne Gravitational Wave (GW) detection. It’s also the first step of Taiji program, which is a Chinese space-borne GW detection mission leading by Chinese Academy of Sciences. Taiji-1 has successfully completed all the preset on-orbit experiment tasks, and will further explore the performance limit of the payload on orbit, long life, and optimization of the drag-free control strategy and other expanded experiments.

Please use your SEP account to login here. If you don't have an account please switch to standard login.